From the Shop: Dude, Where’s my Mosquito Burrito?

It’s mid June, which means here in New Hampshire, black fly season (the bugs, not the boats) has given way to mosquito season.  It seems fitting then that the Mosquito Burrito is finally going into production, only about a month and a half after I’d anticipated. You would think that by now, I would have learned that these things take significantly longer than I expect.  But alas, that lesson still escapes me. 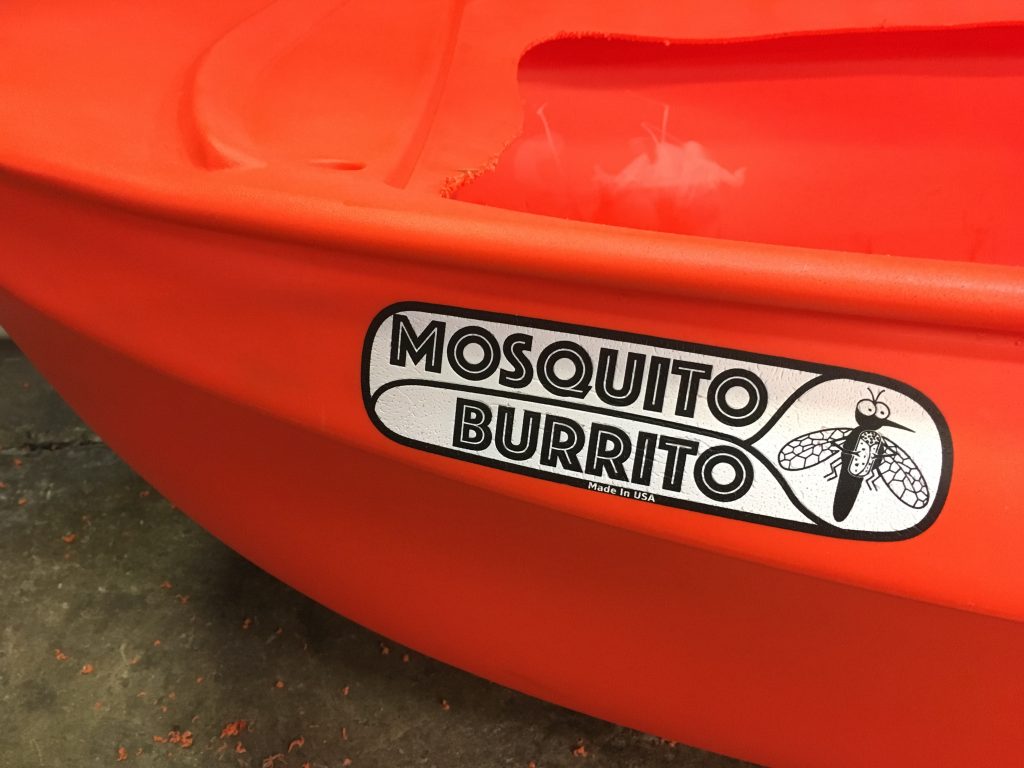 When I ordered the mold in mid-December, I was told it would be 45 days lead time for the mold to ship.  So shipping around the end of January, a month or so on the water lands it around the end of February, the lead time from the company that molds the boats for me is usually around 8 weeks, that puts it right around the beginning of May.

So what happened?  Well, 45 days stretched out a bit more, and that put it into Spring Festival- what we know as “Chinese New Year.”  I guess I have this cultural stereotype of China as a country of workaholics, but apparently Spring Festival is a big deal and everything shuts down for two weeks.  So the end of January becomes the middle of February.  Except that stretches out another 2 weeks.  Maybe three.  Once is shipped, it was smooth sailing so to speak.  But tack another week on to get through the port and delivered to the molder.  We’re now in mid-late April.  Yikes.  From here, it was a series of minor snafus, answering the same questions several times, etc, but somehow actually stuck close to the normal 8 week lead time.  The frustration with delays finally comes to an end.

So on Tuesday, I spent the day hanging out next to a giant oven and a lump of hot metal, tuning, trouble shooting, and tweaking things until we started getting good boats.  It’s always a crap shoot as to how long it takes to get a new mold set up- get the right amount of mold release in the right spots so the boat neither sticks nor warps, get the cycles right so it cooks the proper amount and comes out the mold hot enough to pull the gunwales, but not too hot to hold it’s shape, get logos in the right places, etc.  This wasn’t one of the smoother ones at first, but we got ‘er done. 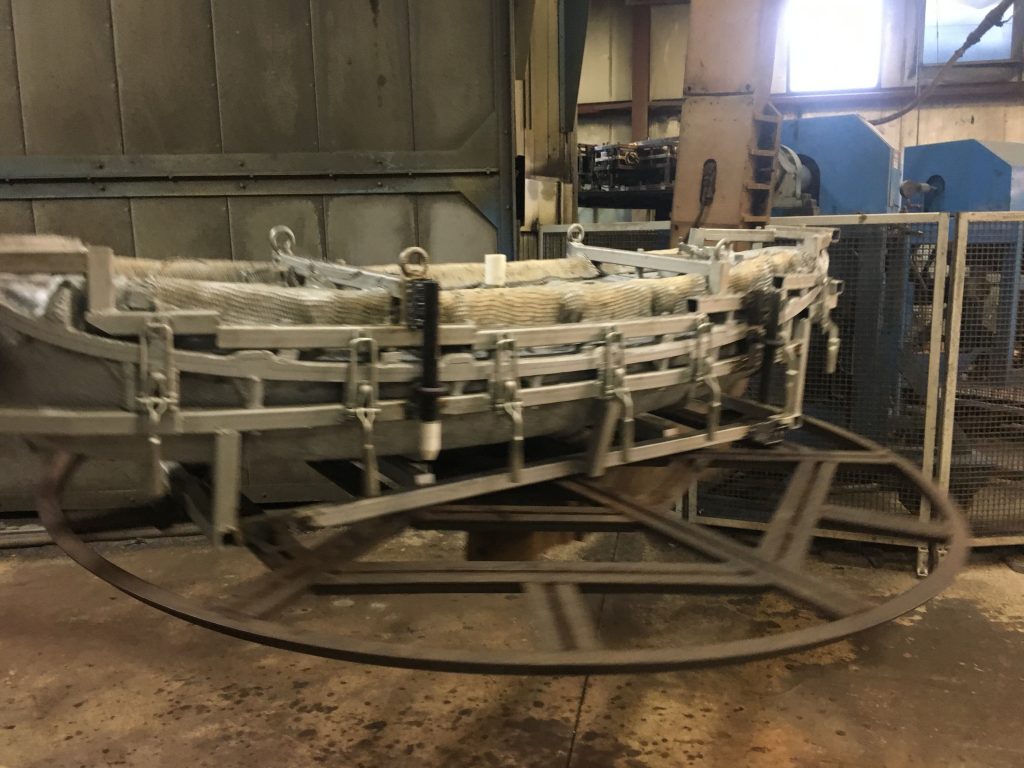 I stopped at the sawmill on the way home to pick up ash for thwarts- now that I have a finished boat, I can work on designing the outfitting.  Figuring out the outfitting for a new boat is always time consuming, and this one will be even more so, as most of the outfitting is different from all the other boats.  On top of that, there’s so much set up that goes into doing things like making thwarts that it makes sense not only to do a big enough batch of thwarts for all the Mosquito Burritos, but also to do the thwarts for the batch of Options that will be following close behind, and the ones for the Condors that landed last week.  Suddenly, that’s a lot of thwarts.

So next week it’ll be saddles and picking up the boats from the mold, hustling to put them together and shipped out as quickly as possible so that the kids that have been waiting on them can enjoy them.  Plus next weekend is our local river festival, Winni River Days, and I know one young man who is excited to get his boat on the water for that.