From the Shop: The Season is Upon Us.

The season has ‘officially’ begun here at Blackfly World Headquarters.  I know what some of you are going to say, “Where I live we paddle year round, the season never ends.”  Yeah, so do I, but I’m not talking about the boating season, I’m talking about the event season.  Most weekends from now until I-don’t-know-when, it’s a string of events of one kind or another. 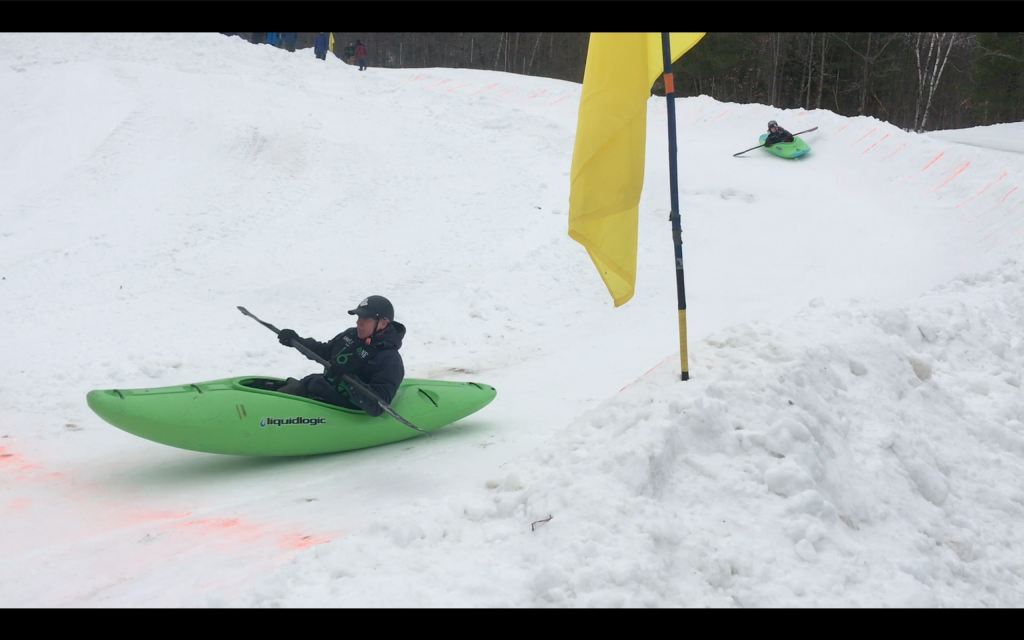 I missed doing a blog post last week because I was helping prepare for rather unusual boating event- The Boat Bash Snow Crash.  This event, now in it’s third year, is a fund raiser for Mill City Park and Veterans Memorial Ski Area.  If sliding down a snow covered hillside, complete with banked turns, in a kayak or, better yet, a canoe is your idea of a good time, you should check out this event.  (Or if you prefer watching other people slide down a snow covered hillside in boats, it’s still a good time.)  And it provided me with a warmup and reminder for what’s in store for the coming season.  Loading boats, unloading boats, trying to balance paddling (er, sliding) and competing with talking about boats and socializing with friends I might not see very often.  Helping organize throws another level of complexity in.  And once the crowd moves on, breaking down and cleaning up and the circus moves on to the next town.

I think it ends up being a lot more work than most people realize, but it’s a big part of the reason I do what I do.  Sometimes it’s tough to balance work and play at these events, but at the end of the day, when I’m loading boats and cleaning up beer cans, I got to spend my day paddling somewhere cool and hanging out with cool people. 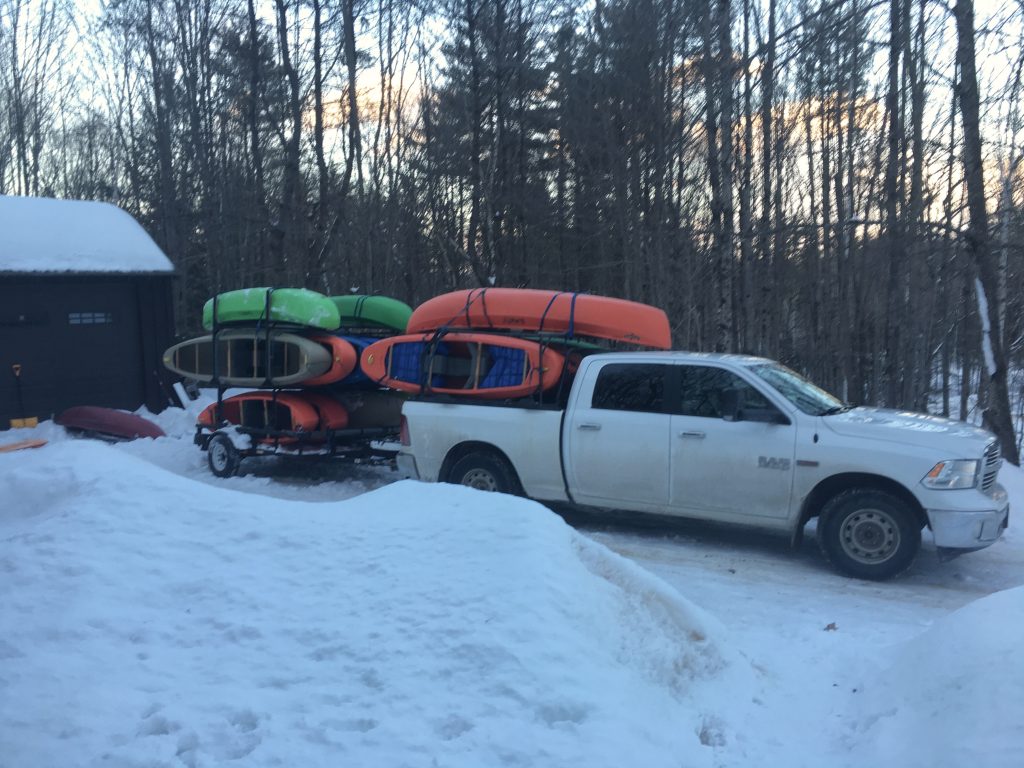 Time to escape the cold.

And so I spent most of the week getting things together and loading up to head to ALF.  16 boats, a load of random boat parts, gear, tents, toothbrushes, stickers, etc.  Side note: loading boats when it’s 15 degrees is pretty miserable.  But I’m heading 1100 miles south, where it’ll finally feel like spring, and getting to see friends I haven’t seen since the “season” ended last fall, paddle some old favorite rivers, paddle some new favorite rivers, get some people stoked on boats, eat some tacos… It’s still a lot of work, but it’s not so bad.