From the Shop: Fix it.

I’ve been fighting with the CNC router lately.  I’m trying to finish up the cooling jigs for the Mosquito Burrito, but the machine has been having all sorts of gremlins lately.  Mostly just things coming loose, it’s probably at the point where it just needs a good tuneup and tightening of everything.  But that’s one of the reasons I chose to build a machine from scratch/from a kit.  I know how it’s put together, I know how it works and why it works the way it does.  I’m to the point now where I know which hex keys I for which screws on the drives.  But the most recent time it started misbehaving was a worn out belt on one of the the motors that drives the gantry.  Just about to snap.  It’s an easy fix, but it’s dead in the water until I get a new belt. 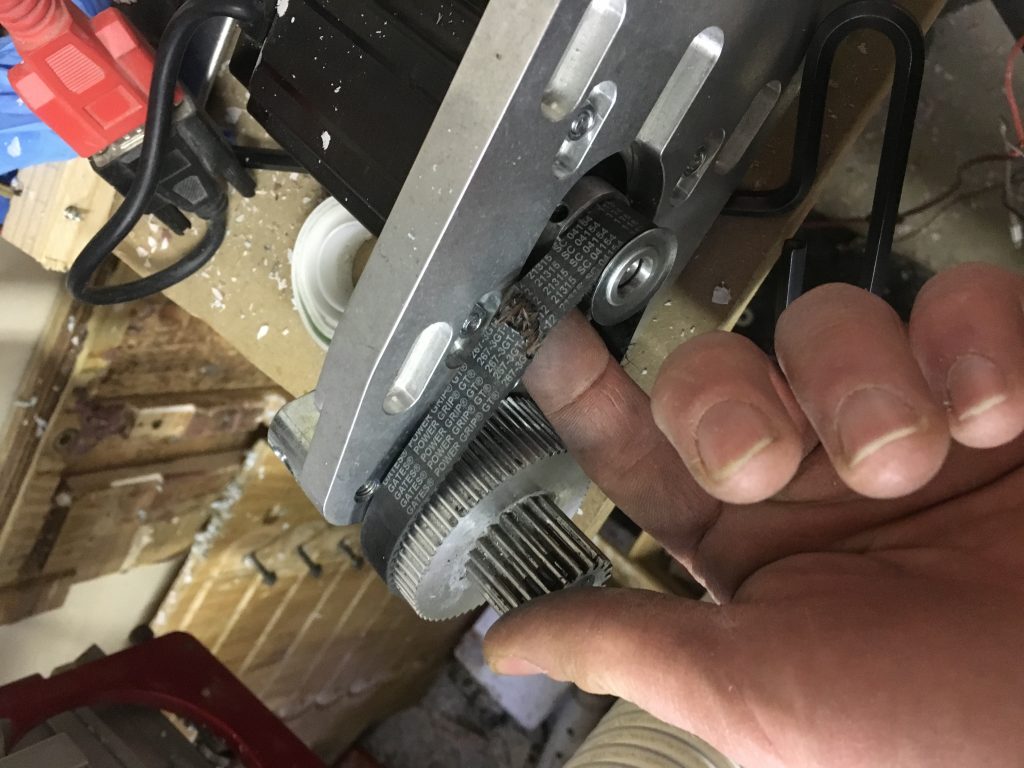 No matter, there’s always something around the shop to keep me busy.  About the same time the belt gave out, my wife came home with a new used dresser for our son.  It’s a cute little piece, perfect for a little guy with a little room.  Solid wood, the kind they don’t make ’em like anymore, complete with a hideous brown and blue paint job.  It took about 10 seconds to decide it would be worth the effort of stripping it down and refinishing it.  After a few hours of stripping, scraping, sanding, and staining, it became apparent that was the right decision.  At some point, I might make a new top for it, since it’s a little rough.   I’ve realized I really like fixing things.  Obviously it’s nicer when things just work the way they’re supposed to but, I much prefer putting effort into bringing something old back to life than to buying something new.  Partly because, if I can fix it, put it back together, bring it back to life, it’s something that was made to be repairable.  It was made to last, not be used and disposed of or planned to become obsolete. 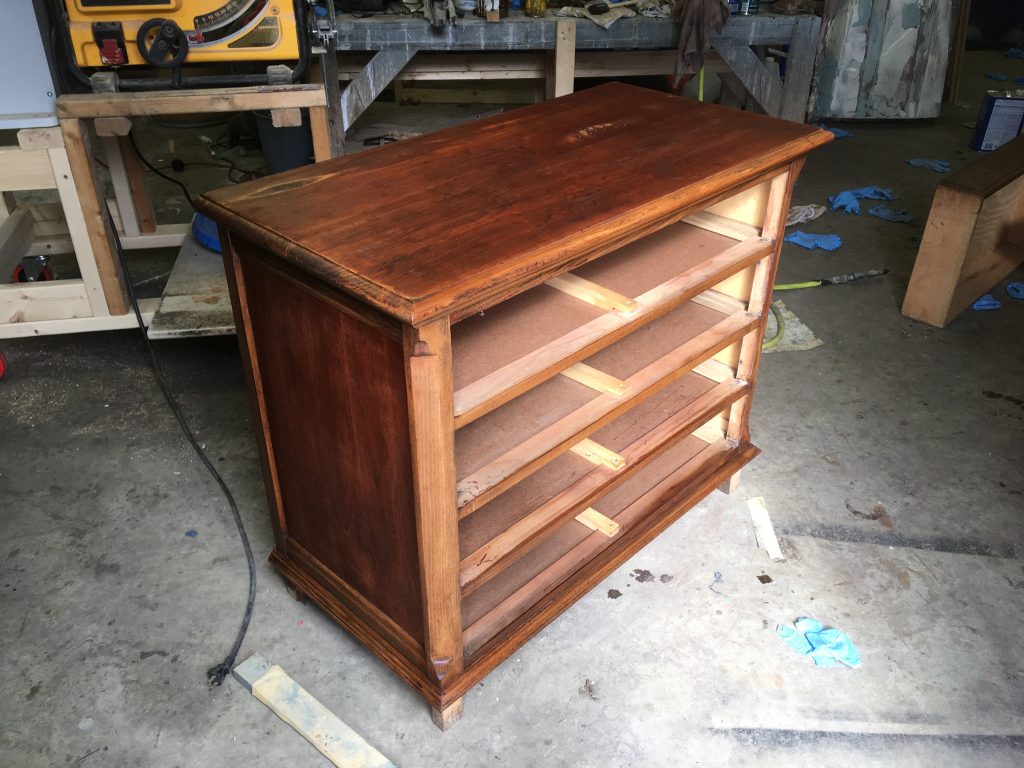 Not perfect, but it cleaned up well.

I have a pair of gloves I’ve been wearing a lot this winter.  They’re an old pair of Patagonia gloves I found abandoned at a campsite while on a scouting hike years ago.  It looked as though something burned though one of the palms and they were cast aside.  I aqua sealed the hole and one other worn spot and have been wearing them ever since.  This winter, skiing rope tows with them has taken it’s toll, but they’ve held up a lot better than most gloves.  (If you’ve ever skied a rope tow, you know how real the struggle is).  So I’ve spent a couple evenings sewing and glueing them, and they’re still going strong.  They’ve got a story.  I’ll be disappointed when they get to the point I can no longer put them back together, not because they didn’t last, but because they did.

So next week I’ll get the belts replaced and the CNC back up and running and the dresser finished and put back together, and I’ll probably have to patch my gloves after skiing again.  And despite the imperfections, I’ll take satisfaction in all of it, knowing that I fixed it.

I hope that that ethos comes through in the products I make.